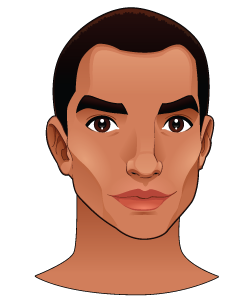 If you're out on bail awaiting trial for domestic violence charges, don't make contact with the victim. This is especially important if the victim has obtained an order of protection against you. If you violate the terms of your bail or the terms of the order of protection, your bail may be revoked. If that happens, you'll end up back in police custody until the court case is resolved. Not only that but if you break the terms of the order of protection, that information can be used against you during the trial. To protect yourself, avoid all contact with the victim in your domestic violence case. If the victim contacts you, cease communication and report the incident to your attorney right away.

Abstain From Drug and Alcohol Use

If you've been released on bail for your domestic violence charges, avoid all contact with firearms, especially if there's an order of protection attached to your court case. Once you're out on bail, you may be ordered to relinquish your firearms. That means you'll need to hand your firearms over to the court. If you're caught in possession of firearms, even those that don't belong to you, your bail may be revoked.

Maintain Communication With Your Attorney

Finally, if you've been arrested for domestic violence, and you've posted bail, it's important that you maintain communication with your criminal defense attorney. Your attorney will need to know where you are, and what you're doing while you're out on bail. They also need to know if you experience any problems while you're out on bail. You might not think the situation warrants communication with your attorney, but that might not be the case.

You may want to know if there are things you can do while on bail. You can try this out by contacting a bail bonds service.